The first thing a majority of those who are going to study to be a skipper wonder about is which rights are more legal. Let us start with the basics: yacht licenses are not required in many countries at all.

In Denmark, for example, a yacht up to 15m long and weighing 20 tons has the status of bicycle, so you just hire it and ride it. You do not need to register it or obtain the rights. Here are links to the official sources: this one is about rights, while this one is about registration. 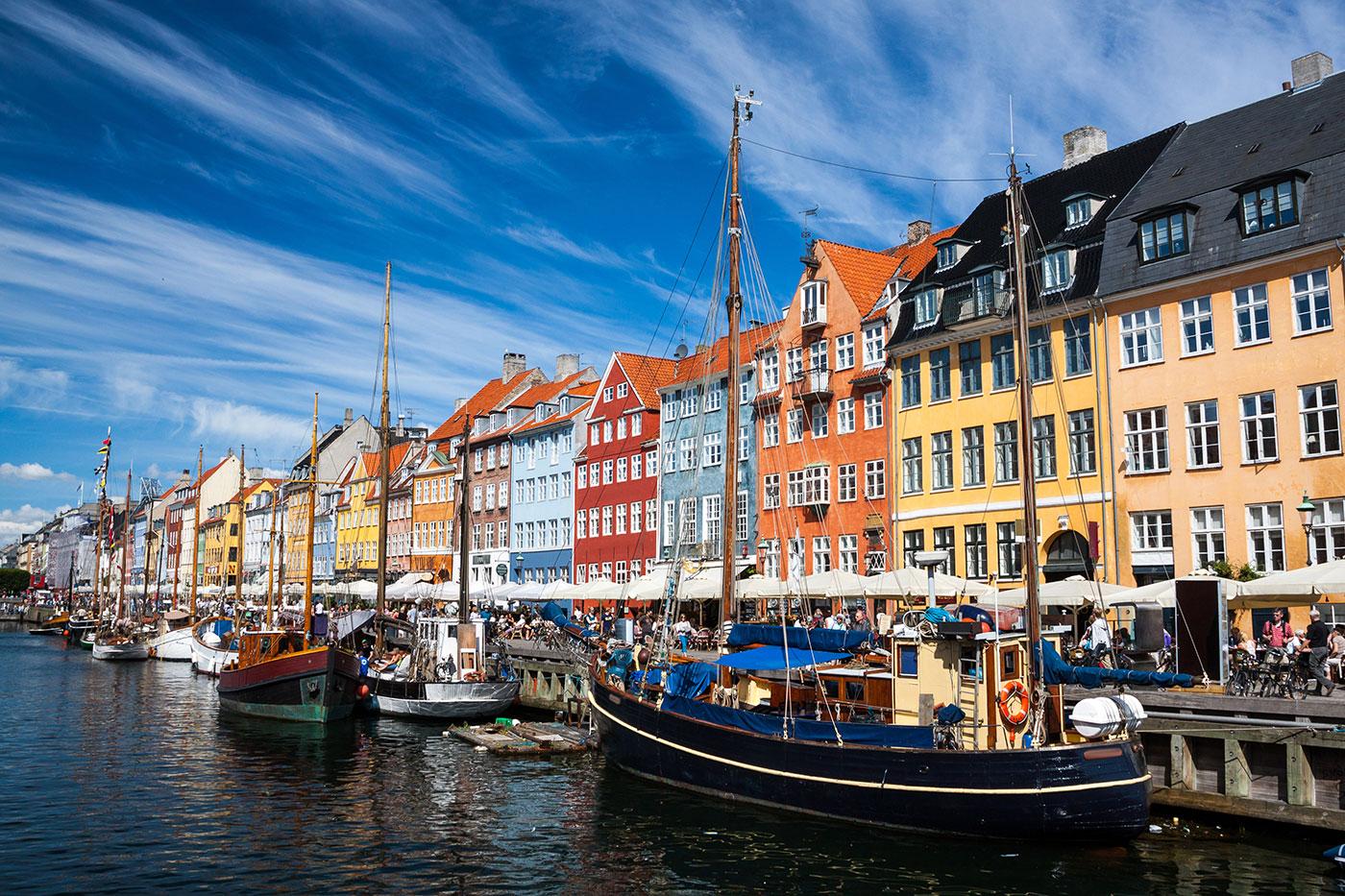 In the UK you can also rent a boat the size of a passenger carriage and ride it along the Thames without any license. Moreover, a charter company would even persuade you to do it saying, “They are so easy to navigate, you don’t really need any previous experience” (link). And such countries abound.

Yet, there are countries where the laws for yachtsmen and yachtswomen are strict

For instance, in Russia there is a serious system of captain rights in place. Same is relevant for Spain, Brazil and many other countries. Also, this system is broken down into various categories in terms of the vessel size, engine power, remoteness from the shore.

Moreover, you cannot use Russian rights to ride a Spanish boat near the Canary Islands, while the Spanish rights are not permitting to ride a Russian boat on the Volga River. And there is no shortage of such countries, to put it mildly.

Which yacht licenses are applicable for which country?

When visiting a certain country, the skipper has to search Google for the following: “<name of country> skipper license requirements.” As a rule, all of the requirements are divided into three types:

A combination of those conditions is also possible depending on the vessel’s flag. For example, in Spain a foreign captain must have officially recognizable rights to sail a vessel under the national Spanish flag, yet if the vessel represents another state, the skipper may have national rights. This is officially stated here on page 20.

What if the yacht is in neutral waters? It can’t get any simpler – no one country is interested in the skipper, his license or his insurance. Absolute freedom. 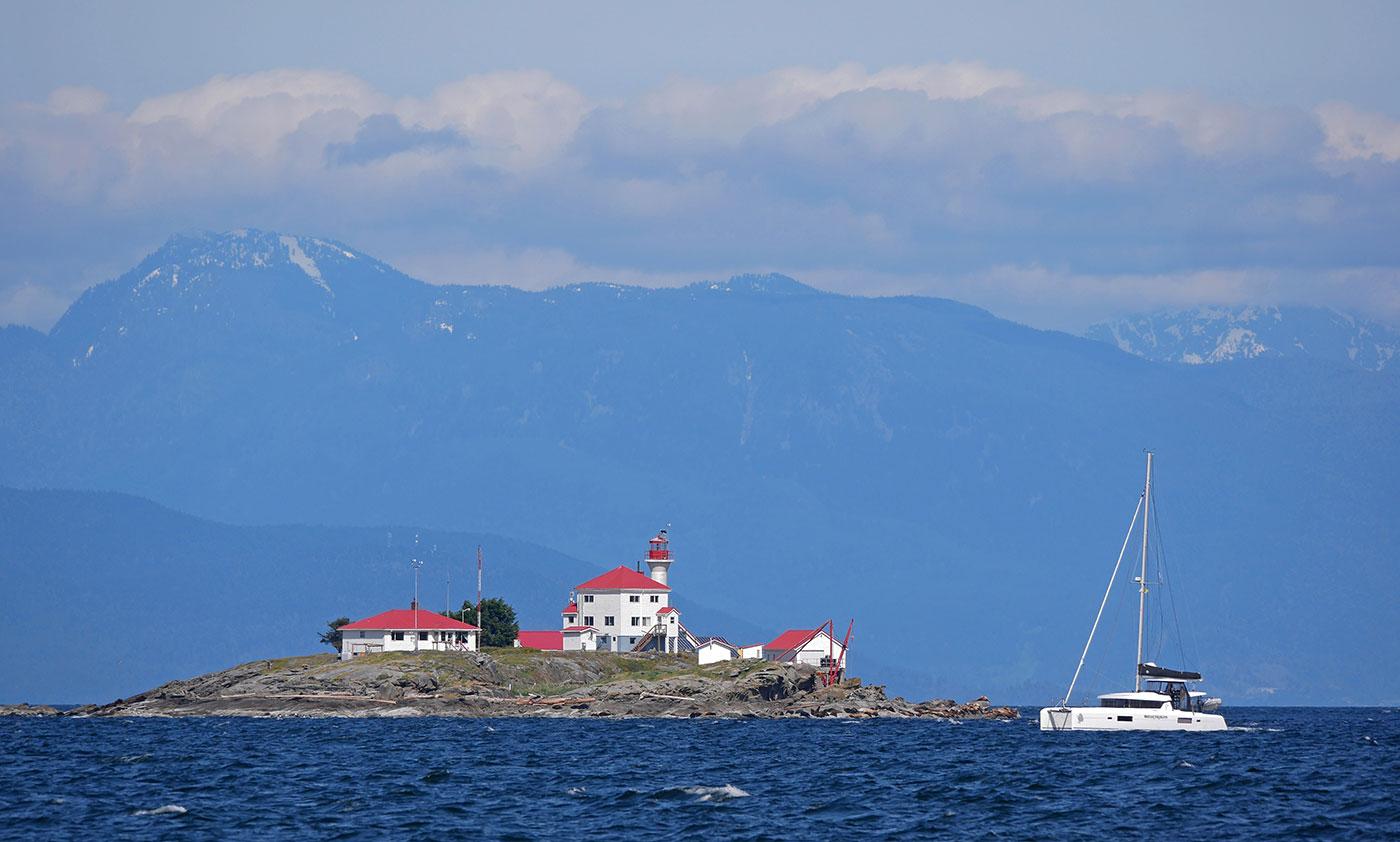 Aren’t there any international laws and captain rights?

All this prompts a legit question: how can one sale anywhere in the world given the confusion?

Generally speaking, one should be careful with using the word “international” as this term for many people means “all countries in the world”, while it should be interpreted just as “more than one”.

Certainly, international yacht rights exist, but they are not recognized by all states. A detailed analysis singles out two certificates which are most often mentioned on the officially recognized list – RYA and ICC. Read full text of the “ICC Resolution №40” here. Among all the skipper certificates it is these two that are normally set out in national laws – from Europe to Australia. But one should keep in mind that we are speaking not about the entire world but rather about few dozens of countries. This is not much but more than nothing.

In any case, it is useful to have one of those two licenses. Therefore, it makes sense for IYT owners to spend an extra 100 Euro on converting IYT into ICC, as the list of water areas will be expanded for them if there is a single license. Moreover, bareboat limitations about distance from shore, nighttime navigation and the category of motorboats of up to 10m will be automatically opened. For submission you should contact an IYT in your region.

I don’t have the right type of yacht certificate, what then?

Don’t lose heart if you have neither RYA nor ICC. This is easy to explain: 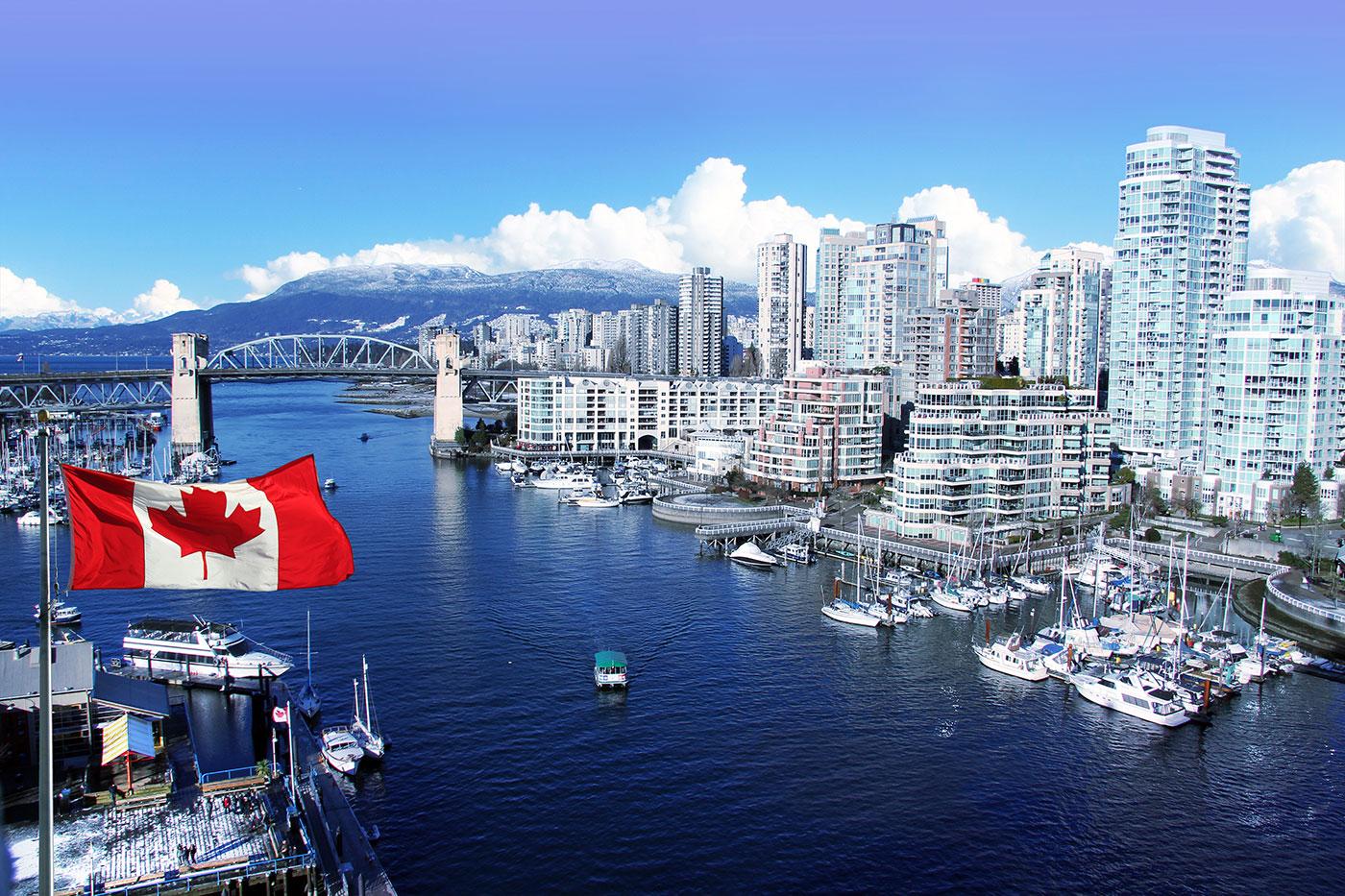 You have the experience but not the yacht license. Where to obtain?

No worries! There are many options how to obtain a skipper license for 30-50 Euro just by passing an exam or completing an online test.

In Croatia, for example, if you want to charter a boat, but do not have a certificate, then you can go to the boat operator’s licensing body, say that you need a skipper license, pay a small state fee, answer several simple questions like “red is to the left, green is to the right” in English and obtain the Voditelj brodice kategorije B / Boat Skipper state license which is recognized not only by Croatia but other countries as well. Not all of them, though.

Another option that can be obtained in Canada for about the same money is the Pleasure Craft Operator Card. You don’t really have to go there in person – it is enough to take an online course and pass an online test (link). The license will be sent by mail. Even though it is not a state one, but is absolutely legal for Canada. Moreover, it is recognized in other countries. For instance, you can use it in Australia and even exchange for the Australian rights - Recreational Skipper's Ticket (official source).

Such options are aplenty, you just need to look for them. So, the official document titled “Skipper” can be obtained quite easily and this is totally legal. Incidentally, this is also not devoid of common sense in certain cases.

Will they let you charter a boat?

Sometimes a charter company would refuse to give you a boat if it does not like your skipper certificate, even if it is accepted in the desired country of sailing. One has to understand that it is not just about a license. A charter company may refuse you on any ground, be it age, nationality or inadequate behavior. It is fully entitled to do so, as it is a private company and may impose their own hiring rules.

Some of them require to have two skippers on board, while others demand that you have a 50 ft Yachtmaster certificate – every company has its own way of working with risks. From my humble charting experience, I can say that they are primarily interested not in the license itself, but rather in the captain's logbook – what kind of voyages he or she has had, when and where. The license is secondary. Its presence is desirable, but ideally should also be recognized by the country of charter. 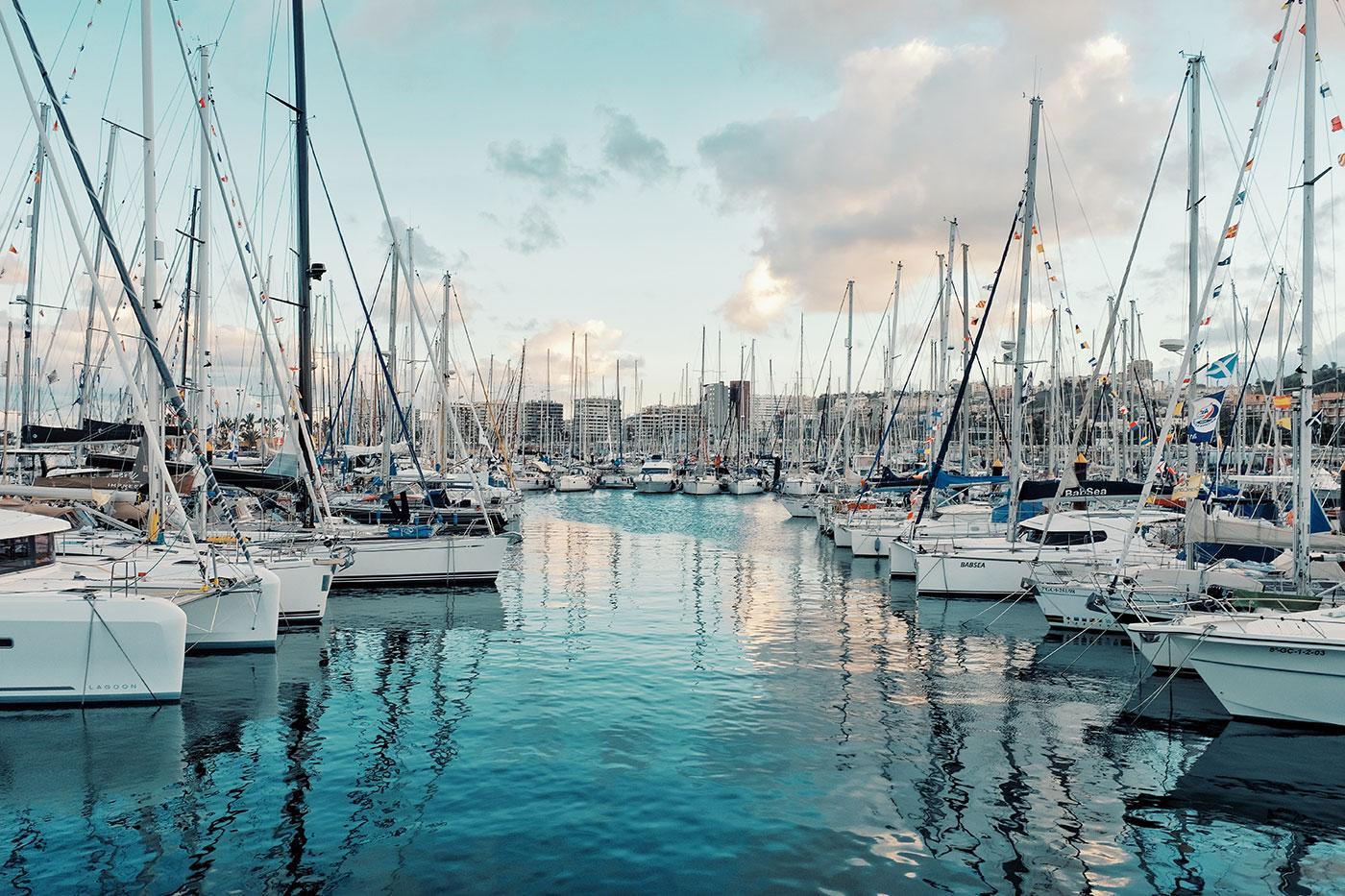 What an insurance company will cover if I don’t have a license?

There is a well-known bugbear that if your license does not cover the condition of sailing, namely, is not recognized by a particular country or contains limitations which are not observed by the skipper (nighttime sailing, for example), then the insurance company will deny the insurance payment. This is mostly fantasies, as insurance companies do pay. The relations between them and the customer are regulated by the policy terms and not the license itself. And if the insurance policy does not say anything about licensing, they will simply have no reason for denial. Yet, if the license validity requirements are stipulated in the policy, then the license absence or its expired term may be the ground for a denial of payment. So you’d better read the papers carefully.

Moreover, in the case of arrival of the insurance case not only the relations between the insurance company and the client will come into force, but also those involving the third affected party and official sea authorities. In this case, the coast guard can really reveal an incongruous license, which may have consequences in the form of not only damage but also a fine.

Where to study saling?

This question was intentionally left for the end. If you don’t have experience yet, you’d better think first about the quality of training and not the colour of the official paper. Simple but true. It is not a problem to obtain a paper (see above), so this is secondary. Although it is simpler, of course, when this is done all together and at once. It is advisable to do the following: there are two international chains of training centres – IYT and RYA, as well as a variety of national yacht schools, especially in the countries where the rights are legislatively enshrined. I would leave out those schools that do not issue ICC automatically. So, three options remain:

After such primary selection what you should choose is not the training system or school but rather a particular instructor. It is he who is responsible for the most part of knowledge and skills. Any of the licenses listed in the previous paragraph is more than sufficient in the majority of real life situations, whereas knowledge is rare. So, first and foremost, you should choose the trainer, since the paper is not as important. Yet, if you follow the advice above, then your paper will be abreast, too! 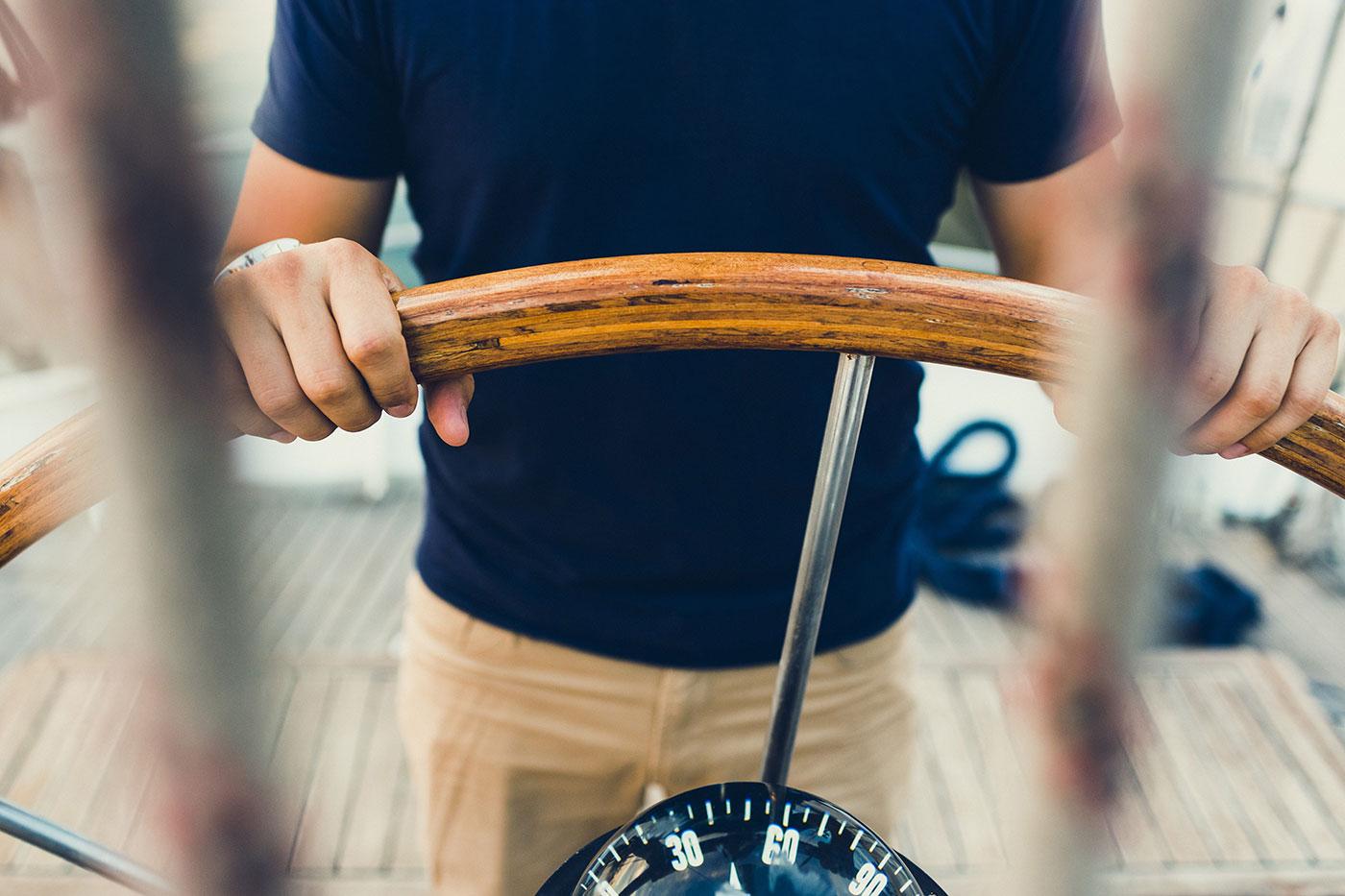